You need to login in to ChildHub before you can join this webinar. If you don't yet have an account, please register.

Register and join Login and join

SOS Hotline for Women and Children Victims of Violence Niksic is organizing the Second National webinar within the project "Improving provision of services and raising awareness to combat Trafficking in Persons in the Balkans, Albania, Macedonia, Montenegro, Kosovo” funded by Department of the United States through the J-TiP program.

The webinar will be led by Mr Marko Brajović, Assistant Chief in the Department for the Suppression of the Crimes of Smuggling and Trafficking in Human Beings and Illegal Migration in Montenegro. This webinar will address a topic related to human trafficking. Participants of the webinar will have the opportunity to hear about the work and the role of the Police Directorate of Montenegro in the Field of Combating Trafficking in Human Beings as well as about their role on the Identification of the Victims.

Brajović Marko - Senior Police Inspector of I class; Police Department, Crime Sector, Assistant Chief in the Department for the Suppression of the Crimes of Smuggling and Trafficking in Human Beings and Illegal Migration 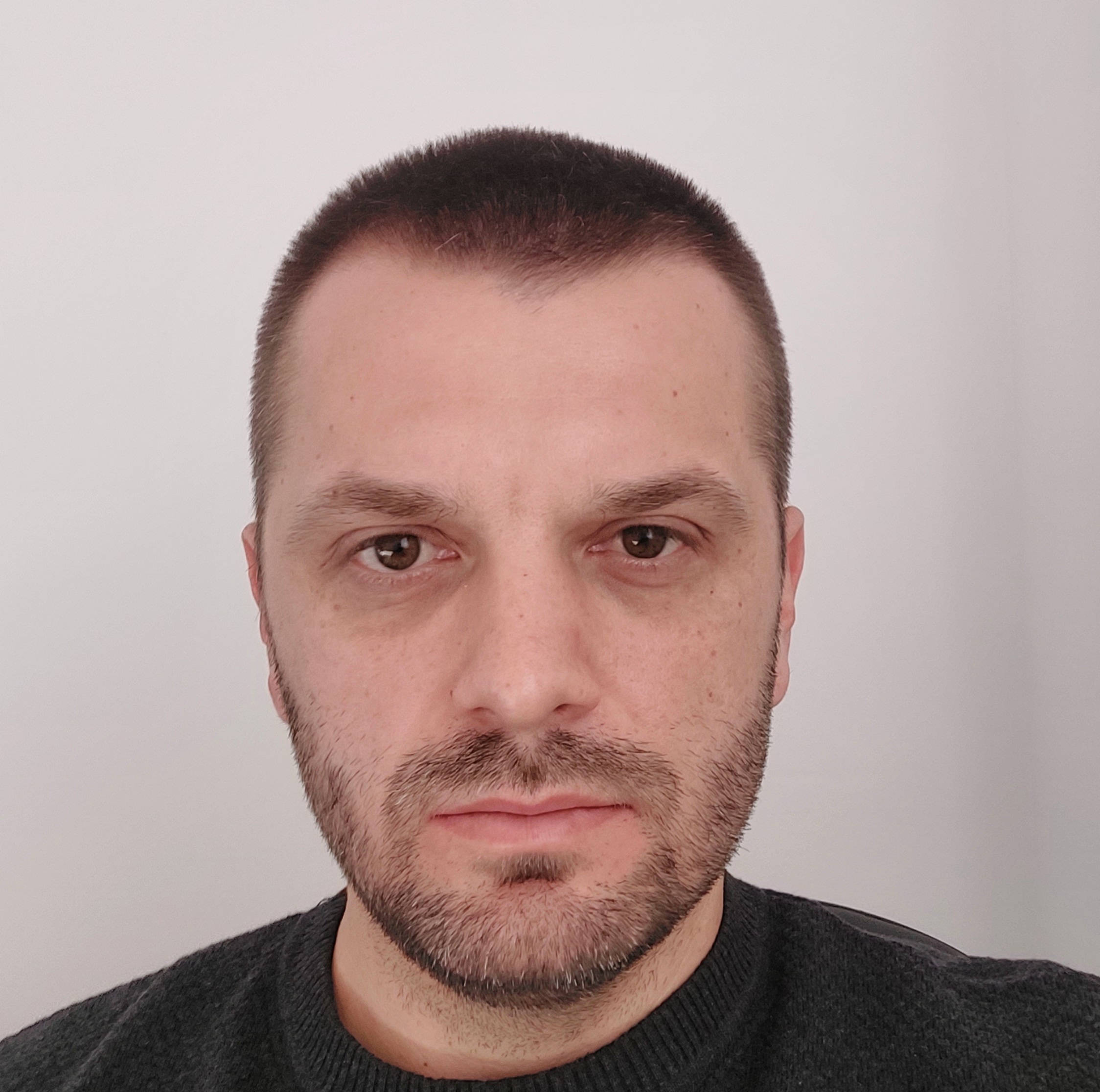 Mr Marko Brajović started working in the Police Directorate in 2001, after which as a police officer and then after completing his studies as a police inspector, has changed several jobs. Mr Brajović started his career in the field of combating human trafficking in 2012 within the Department for Fighting Organized Crime and Corruption. In the following years, he acquired his knowledge, skills and training through many years of work in the field of prosecution and protection of victims of human trafficking, as well as through participation in numerous projects that have been implemented in this field.

He has participated in many working bodies:

How to join the webinar

Use the button above to sign up for the webinar. A few hours before the webinar, you will receive an email with the link to the webinar room and instructions on how to join. Joining our webinars is very easy, doesn't require any special skills from you and only takes a minute or two. You can join the webinar from your computer, tablet or mobile phone. 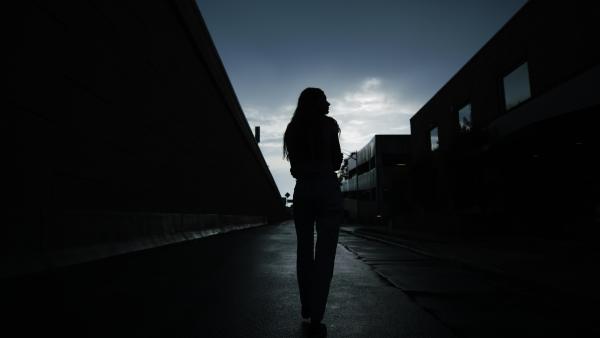 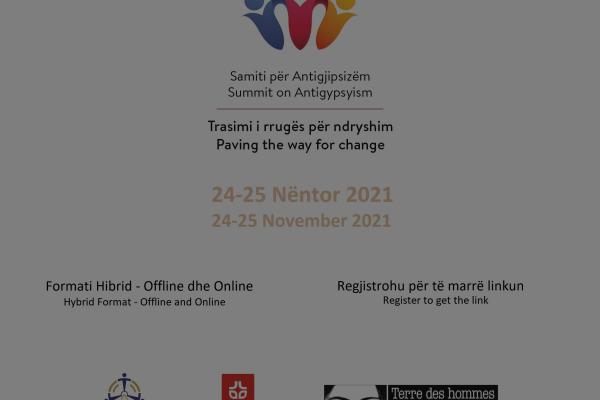 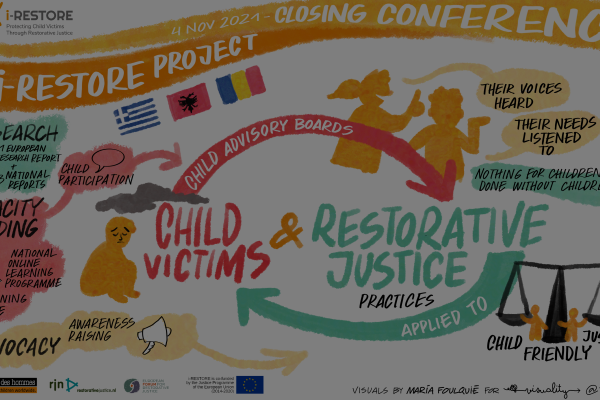 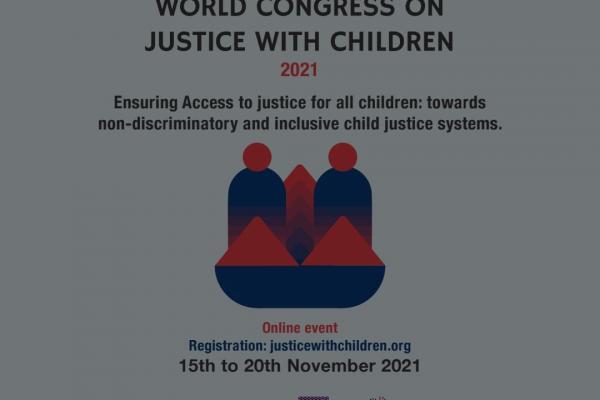 WORLD CONGRESS ON JUSTICE WITH CHILDREN ONLINE 2021
“Ensuring Access to Justice for all Children: Towards Non-discriminatory and Inclusive Child Justice Systems” 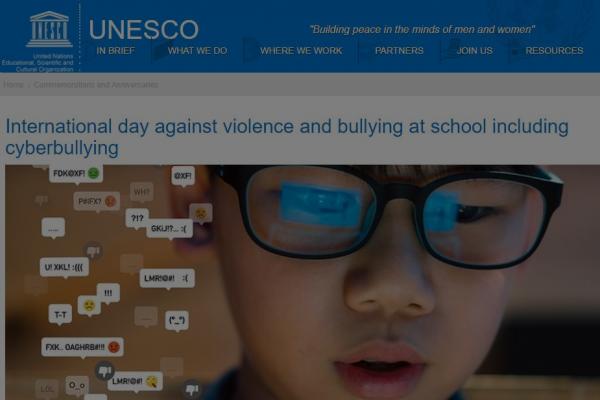 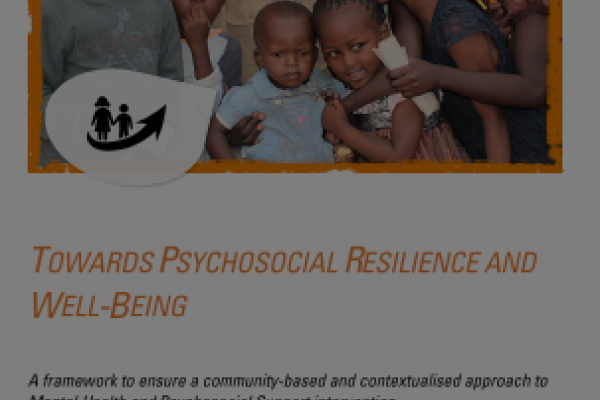 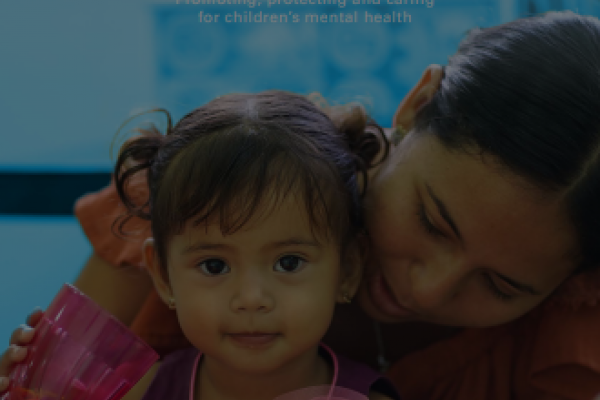 04 Oct 2021
The State of the World's Children 2021
On My Mind: Promoting, protecting and caring for children’s mental health. 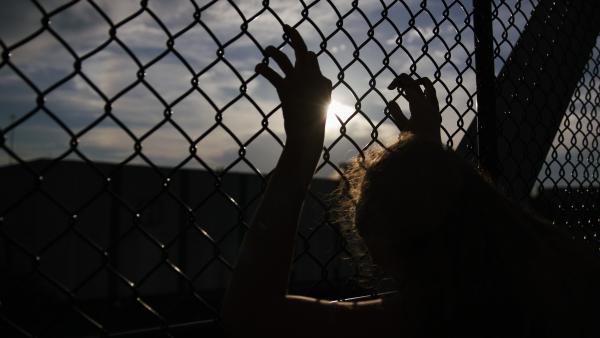 Leonora
Dukaj
About the webinar SOS Hotline for Women and Children Viktims of Violence Niksic is organizing the First National webinar within the project "Improving provision of services and raising awareness to combat Trafficking in Persons in the Balkans,…
yes
0
306
English Shqip
Facilitating youth participatory action research with young survivors of trafficking and sexual violence in Albania 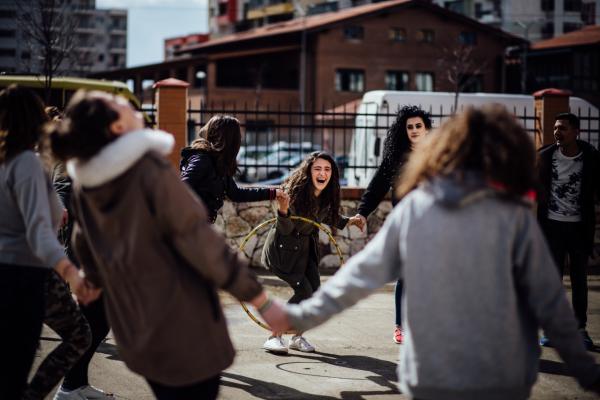 Tamas
Komaromi
About the webinar ‘Small Steps Can Make a Big Difference’ is a collaborative pilot project being undertaken by the Safer Young Lives Research Centre (SYLRC) at the University of Bedfordshire and NGO Different and Equal. This youth participatory…
yes
0
897
English Български Română Shqip Srb-hrv-bih
Learn from the Experts: gain insights into human trafficking, recovery & re-integration and more 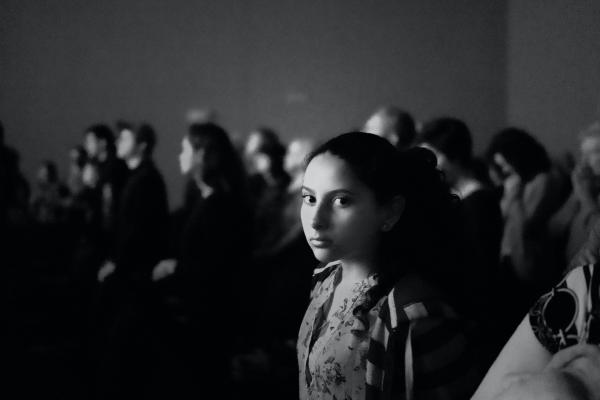 Tamas
Komaromi
About the webinar The presentation will focus on human trafficking as a public health issue, and psychosocial recovery and acute mental health needs, as well as vicarious trauma, moral injury, self-compassion and resilience.    About the speaker…
0
14
English Srb-hrv-bih
[Montenegro] SOS Nikisc - The Second Regional Webinar within the J / TiP project 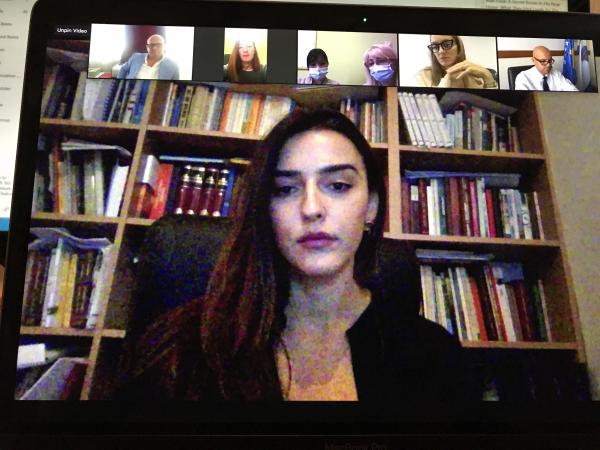 Leonora
Dukaj
SOS Hotline for Women and Children Victims of Violence Niksic took part in the organisation of the Second Regional Webinar that is held on the 30th of September 2020 in the framework of the project  “Improving provision of services and raising…
yes
1
810
English
Accelerating the End of Child Marriage in the MENA Region. From Evidence-based Research to Policy and Programme Building: Showcasing Learning and Results 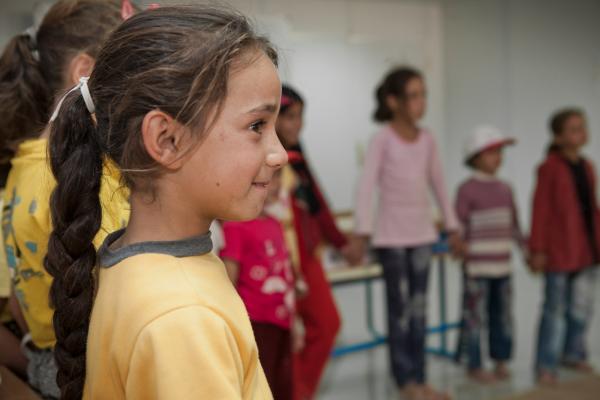 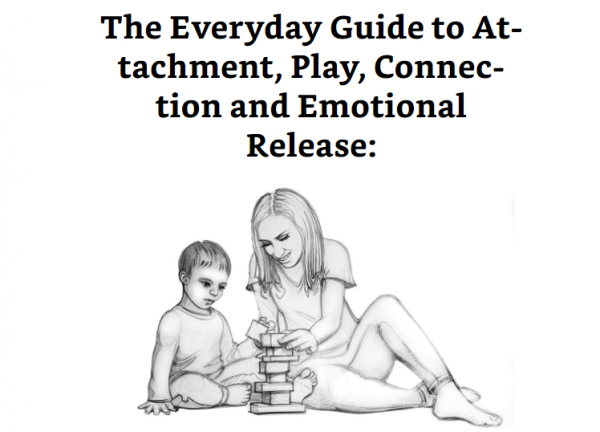 Tamas
Komaromi
About the webinar The webinar will focus on the importance of play-based engagement to build a child’s attachment security, increase connection with caregiver, and to promote emotional release. The webinar will also examine how caregivers can…
yes
1
298
English
Digital Safeguarding For Migrating And Displaced Children 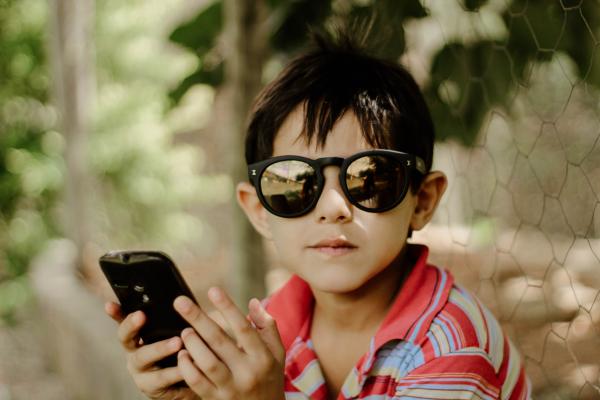 Tamas
Komaromi
About the webinar An estimated 34 million children and youth are forcibly displaced and many more are on the move in search of economic and educational opportunities. Digital connectivity, digital data and emerging technologies are changing how…
yes
0
238
English Srb-hrv-bih
Challenges in development and provision social and child protection services in the community (Webinar in Montenegrin language)

Milena
Karisik
About the speaker Vladan Jovanovic, a regional independent consultant in Social Protection, Human Rights, Child Protection, Mediation and Family Law with thirty years of experience in these areas. About the webinar “Challenges in the development…
yes
0
143
English Shqip
Children in Contact with the Law in Europe: Where are we at? 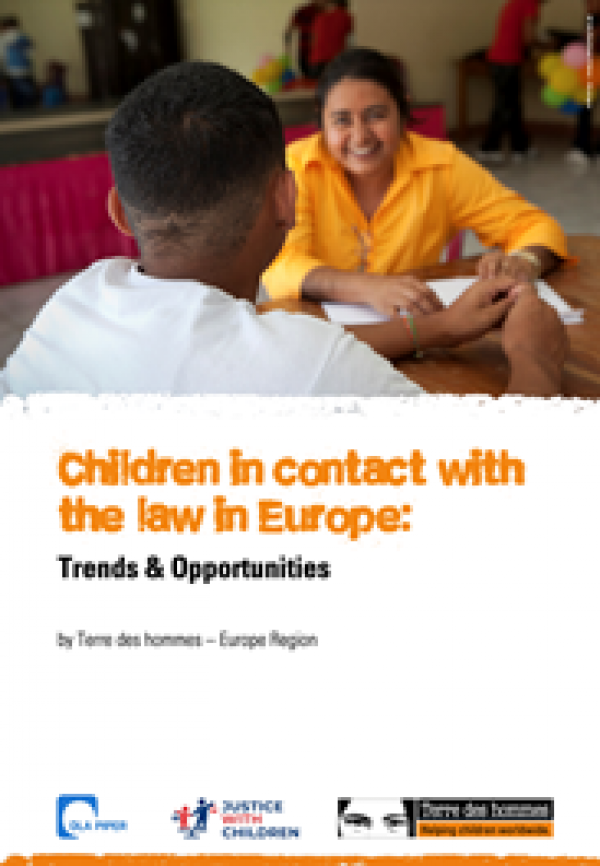 Vesna
Katalinic
About the webinar: Each year, an estimated one million children face criminal justice proceedings in the EU, and yet they often lack the necessary procedural safeguards envisioned by the Procedural Rights Directive (2016/800/EU). To address the…
0
37
English Srb-hrv-bih
SOS Niksic organized the webinar on the topic "Trafficking in human beings in relation to migration" 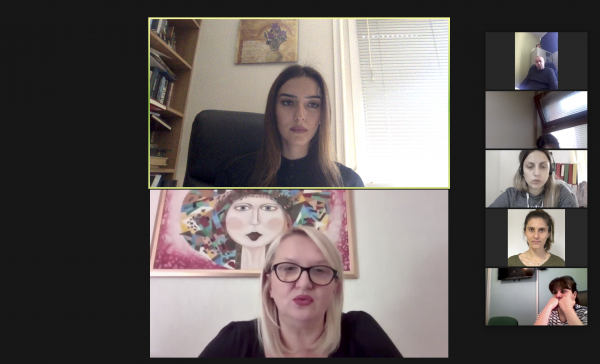 Leonora
Dukaj
SOS Hotline for Women and Children Viktims of Violence Niksic today organized the First National Webinar within the second phase of the project "Improving provision of services and raising awareness to combat Trafficking in Persons in the Balkans,…
yes
0
47
English
Promise 3/5: Involving children in safeguarding efforts in Barnahus 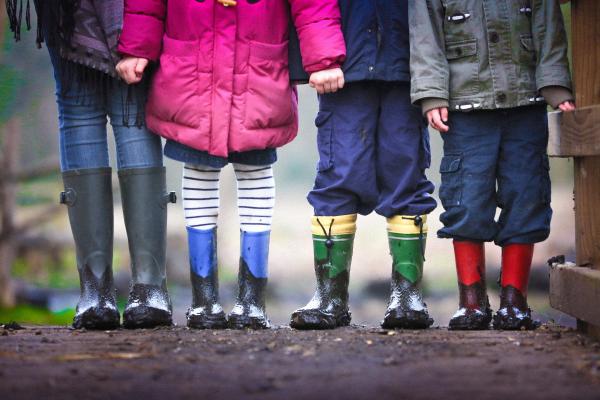 Alketa
Lasku
The exact date of the event will be confirmed later, it may change. Overview of the webinar: The overall objective of the webinar is to explore elements aiming to help deepen children’s understanding of safeguarding issues and empower them to be…
yes
0
35
English
Promise 3/4: Safeguarding measures in the context of physical well-being room Examination (forensic), Treatment and Referral 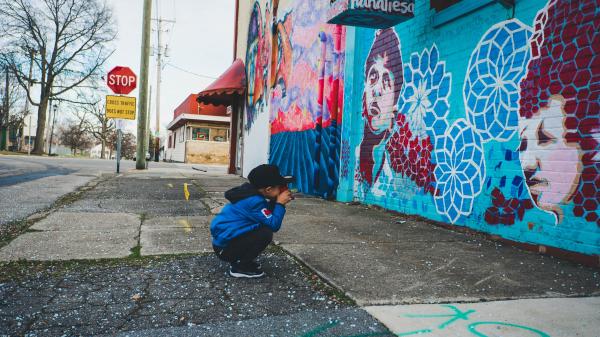 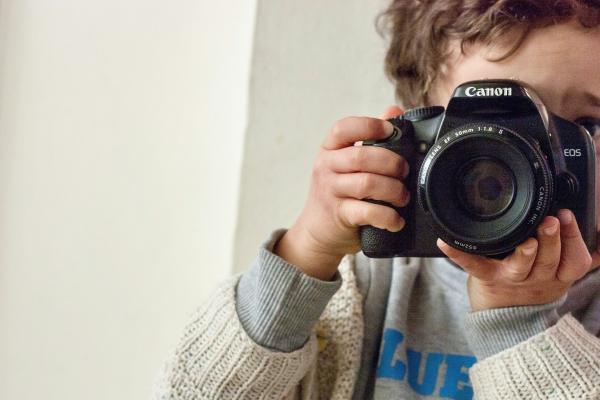 Alketa
Lasku
The exact date of the event will be confirmed later, it may change. Overview of the webinar: The overall objective of the webinar is to analyse key dimensions of safeguarding and forensic interviewing, the cross-cutting elements among them and…
0
55
English Български Română Magyar Shqip Srb-hrv-bih
Identifying child victims of trafficking in the context of the current migration flows [Recording of the ChildHub webinar with Europol]

Judit
Németh-Almasi
Trafficking in human beings is a serious crime and an abuse of an individual’s fundamental rights and dignity. It involves the exploitation of vulnerable people, often minors, traded by criminals as commodities for the purpose of economic gain.  It…
yes
0
520
English
Promise 3/1: Safeguarding measures in the context of case work in the Child Protection Room (Barnahus) 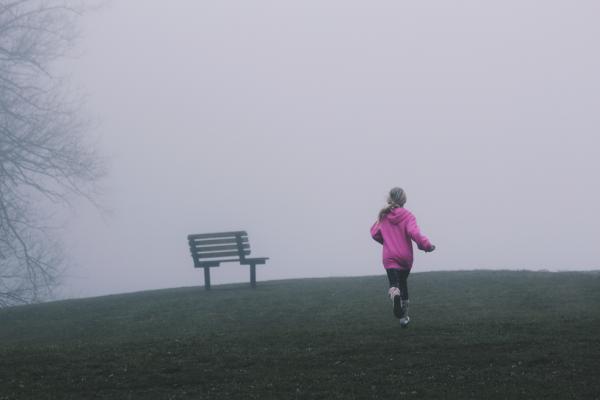 Alketa
Lasku
Overview of the webinar: The overall objective of the webinar is to analyse the cross-cutting elements between child safeguarding and the process of case work run in the Barnahus. The webinar will explore the organisational, case management and…