This webinar has already taken place. You will not be able to join it.

Recording of the webinar
https://youtu.be/pJYBQU7W8lU
Date of webinar
12 May 2020
Start and finish time of webinar
2pm CET

Young men and young women as teenagers in the Balkans demonstrate many risks and challenges in their everyday life. This is a critical stage in development for adolescent boys and girls in the Balkans, especially in regards to social and peer influences. Young men are testing and formulating their attitudes and behaviors around manhood based on these influences. For many, their daily experiences include violence as both victims and perpetrators. In addition, many hold non equitable attitudes and behavior around gender which impacts their relationships and puts them at greater risks for non-healthy lifestyles.

CARE and partner NGOs has been addressing issues of youth development, gender equality, gender-based violence, women’s empowerment and community mobilization over the past 20 years. With limited data available about the current experience of young men in the Balkans, much of foundation for the Young Men Initiative (YMI) was drawn from a Participatory Learning and Action (PLA) exercise conducted with young men in April 2007, as well as from the experience and insights of project team members in four Western Balkan countries. In a parallel with establishment of YMI network, based on collected study data, new form of young men engagement in gender transformative work has been identified and shortly after developed and established. Be a Men Clubs represent a platform for engaging young men in exercising gender equitable attitudes and behavior. Today, facilitation of Be a Men Clubs in almost every city across the Balkan countries is most known strategy for working with men in this region.

The Young Men Initiative is roughly divided into 4 phases and each phase starts with complex baseline study and each phase ends with end line study and research on effectiveness of applied methodology.  CARE and YMI partners build on the lessons learned from previous work involving boys and men but also girls and women, utilising both research and evaluation in the design of the proposed interventions. Such approach enables CARE and partners to collect, use and apply findings and data on effectiveness of applied strategies. Each phase was built on experiences from previous work. Therefore, YMI is evidence-based methodology developing and improving for last 20 years. Phase I was the pilot phase (2007-2010) that adapted a program methodology/curriculum originally developed by the Institute Promundo in Latin America. Phase II (2011-2013) applied the effective strategies of the first phase to expand the methodology to more schools, reach target groups outside of schools, extend its geographic coverage, and promote adoption of the program at national level. Further program improvements were applied during the third (2014-2017) and forth phase (2017-2020).

Young Men Initiative, a project implemented by CARE International and 9 partner organizations in the Balkans won a prestigious education innovation award from GENE – Global Education Network Europe. GENE wishes to recognize the importance of innovation in Global Education through its Global Education Innovation Award. The award is intended to benefit Global Education projects that bring about positive change and opens peoples’ eyes and minds to the realities of the world, locally and globally. It promotes Global Education initiatives that can bring about this change through creativity, participation, direct action, synergies and innovation, and to ultimately inspire public policy.

CARE´s work with boys and young men is based in a comprehensive methodology that is implemented via a Gender Transformative Life Skills program, the so called “Program Y” Manual.  The Program Y – Youth Manual is a training manual that aims to promote gender equality and healthy lifestyles with young men and women by addressing some of the social constructions of masculinity (ies) and feminity(ies) as a strategy for building important life skills in young men and young women as they emerge into young adulthood.

“Program Y– Youth Innovative Approaches in GBV Prevention and Healthy Lifestyle Promotion for Young Men and Women“ is a new educational program for the prevention of violence and promotion of healthy lifestyles. The program is accredited in the Herzegovina-Neretva Canton and authorized to work in secondary schools in the Republic of Srpska. It is also applied in the Sarajevo Canton and Central Bosnia Canton. The Manual for educators in high schools and youth workers “Program Y – Youth“ is a tool that was developed out of the Young Men Initiative by CARE International NW Balkans and its collaborative partners from Western Balkans countries focused on addressing gender inequalities, harmful health practices and violence in everyday life with young men and young women age from 14 till 19 in schools and the community.

We believe by addressing gender inequalities and promoting healthy versions of masculinities and manhood, boys / young men have the opportunity to reach there full potential in society. In societies where gender equality is most prevalent, the benefits to both men and women are seen through more equal relationships, better health outcomes for men and greater human rights for all citizens.

Webinar Young Men Initiative – Challenging norms and setting gender equitable trends in Balkan countries by using innovative, comprehensive and gender transformative program will introduce participants into key steps and strategies that CARE and partners conducted during the last 20 years of YMI work in Balkan Countries. Participants will be introduce into different forms of partnership (strategic, collaborative, advocacy) in order to mobilize local communities to support and be engage in gender transformative work. How and why are the questions that will be in the focus of the webinar.

Feđa Mehmedović was born in Sarajevo on 24 February 1982. After finishing medical high school in Sarajevo, he enrolled the Faculty of Health Studies at the University of Sarajevo. Since 2002 he started his engagement as peer educators in the non-governmental organization Association XY.

His contribution to the development of numerous educational programs to work with different groups (MSM, LGBTQ, Roma people, injection drug users, young people, parents, health workers, professionals, teachers, etc.), secured him the title of master trainer of education programs in 2004. He is the author of numerous educational modules, educational tools and manuals aimed at health care professionals, social workers, parents, psychologists and other professionals, organizations and individuals working in the field of promotion and protection of health, promotion of gender equality, promotion and protection of sexual and reproductive health and rights, prevention of human trafficking, prevention of use and abuse of psychoactive substances and prevention of violence.

Direct work with various population groups in BiH and the region gave him special sensitivity towards specific health, educational, socio-cultural needs of different groups, which enabled him to adapt his work and approaches to end users, i.e. to those to whom his approaches, modules and manuals are intended. More than 10,000 young people and adults have been included in educational and other activities led by Feđa Mehmedović. As the winner of the United Nations Campaign "Men united to end violence against women and girls", he made a significant contribution to raising public awareness of gender-based violence in Bosnia and Herzegovina.

How to join the webinar:

Use the button below to sign up for the webinar. A few hours before the webinar you will receive an email with the link to the webinar room, and instructions on how to join. Joining our webinars is very easy, doesn't require any special skills from you, and only takes a minute or two. You can join the webinar from your computer, tablet or mobile phone. 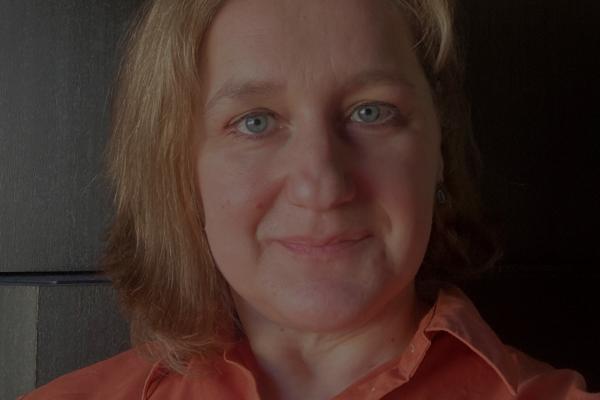 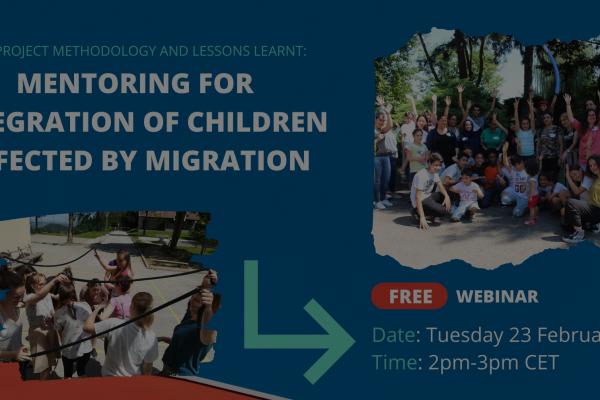 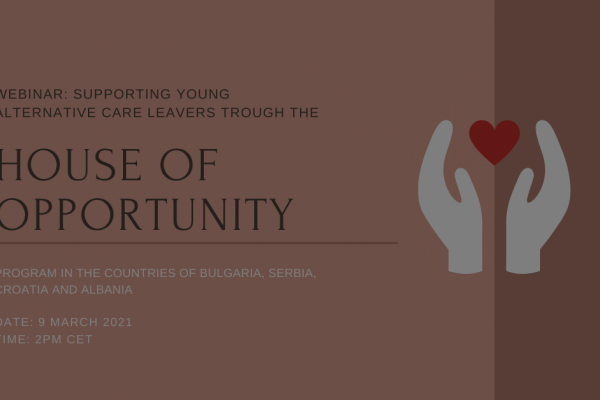 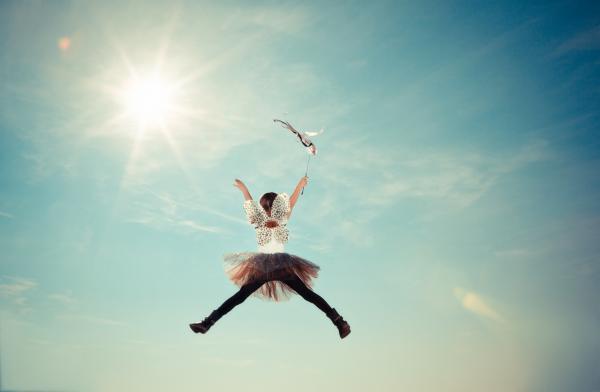 Katarina
Sladakovic
We are happy to invite you for another session in the Childhub INSPIRE webinar series! On Thursday, February 7th, we will have a pleasure to hear from two excellent speakers about good practices they have been involved with, linked to two new…
0
English
Adolescent Boys and Young Men: Engaging Them as Supporters of Gender Equality and Health and Understanding their Vulnerabilities 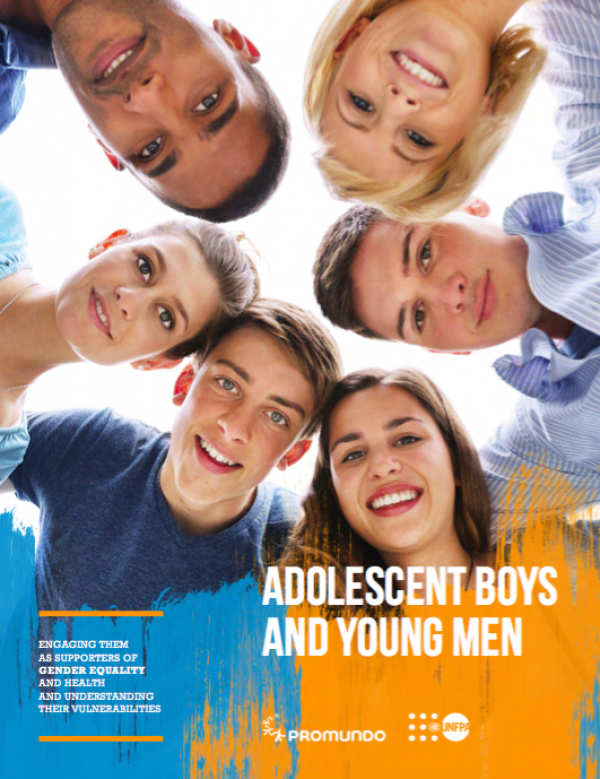 Kareem
Korayem
New publication by Promundo and UNFPA highlights importance of engaging young men in gender equality and in sexual and reproductive health and rights. Reaching gender equality must, and has, involved efforts to understand the vulnerabilities and…
0
English Srb-hrv-bih
On the road to Europe 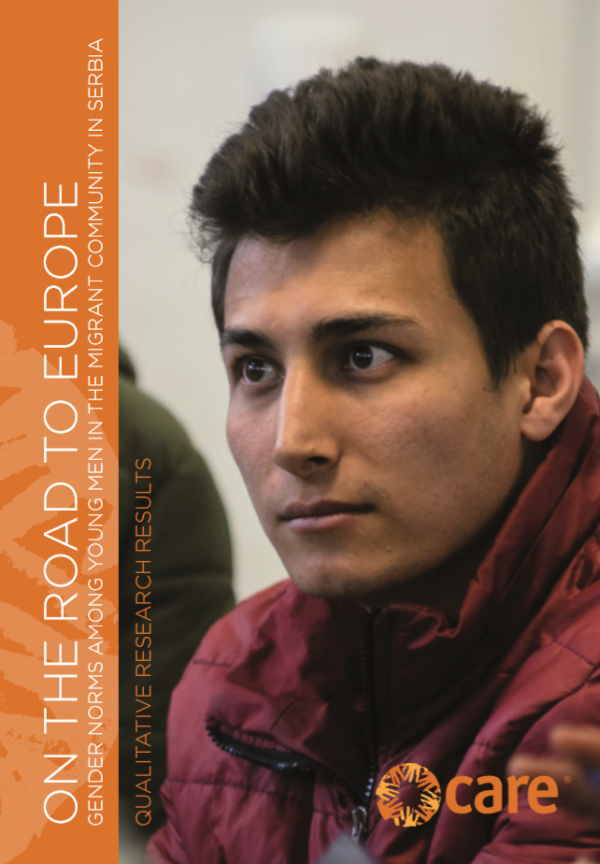 Lazar
Milošević
In response to the unfolding humanitarian crisis in the Balkans, since 2015, CARE International Balkans is providing urgent humanitarian assistance to refugees and migrants as they are passing through Serbia on their way to EU countries. CARE in…
yes
0
1
English
INSPIRE Good Practice - Young Men Initiative 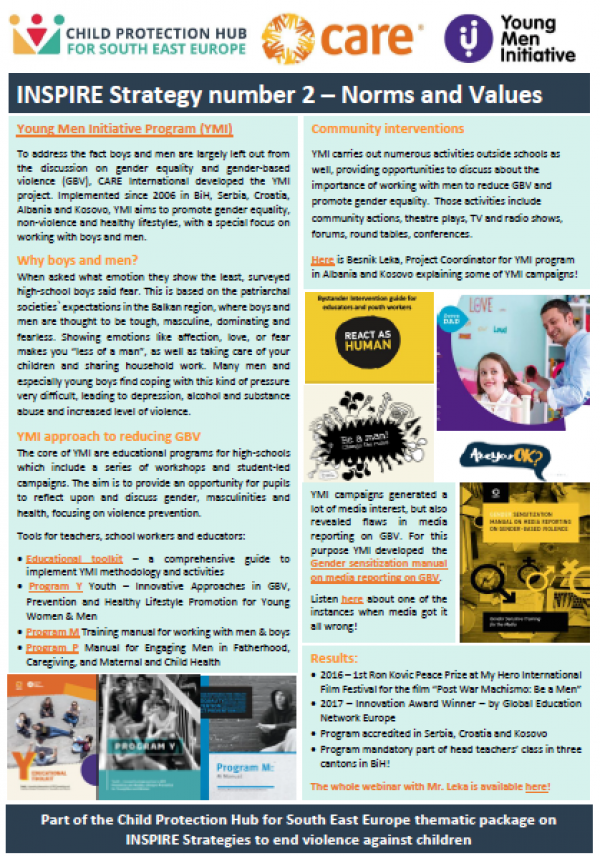 Katarina
Sladakovic
Seven INSPIRE strategies for ending violence against children is a compilation of effective, evidence-based interventions to support countries in ending violence against children. Measures recommended have proven to be effective in different…
0
English
Using Social Media and the Arts to Transform Gender Norms: Case Study from the Young Men Initiative 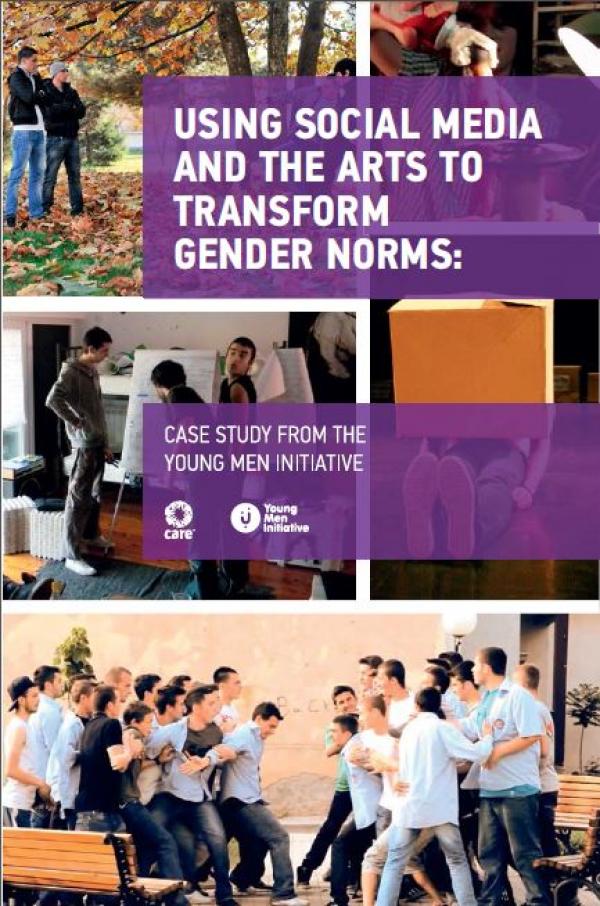 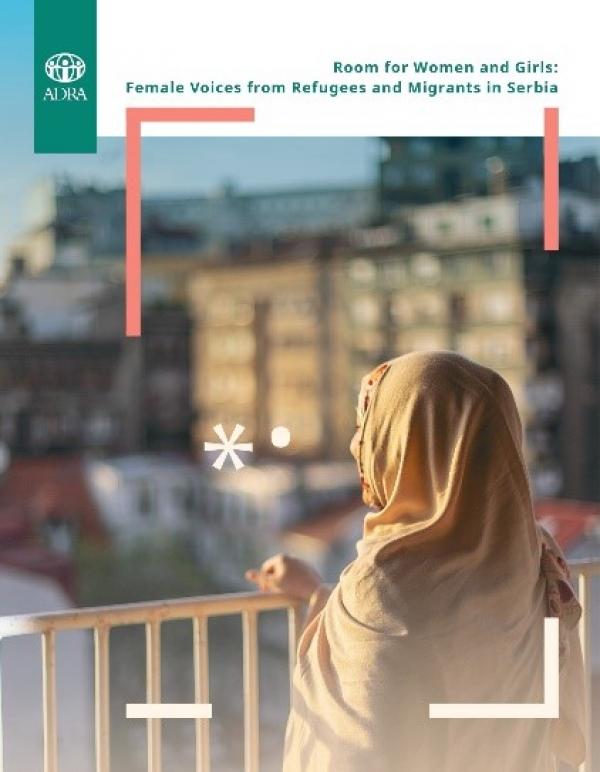 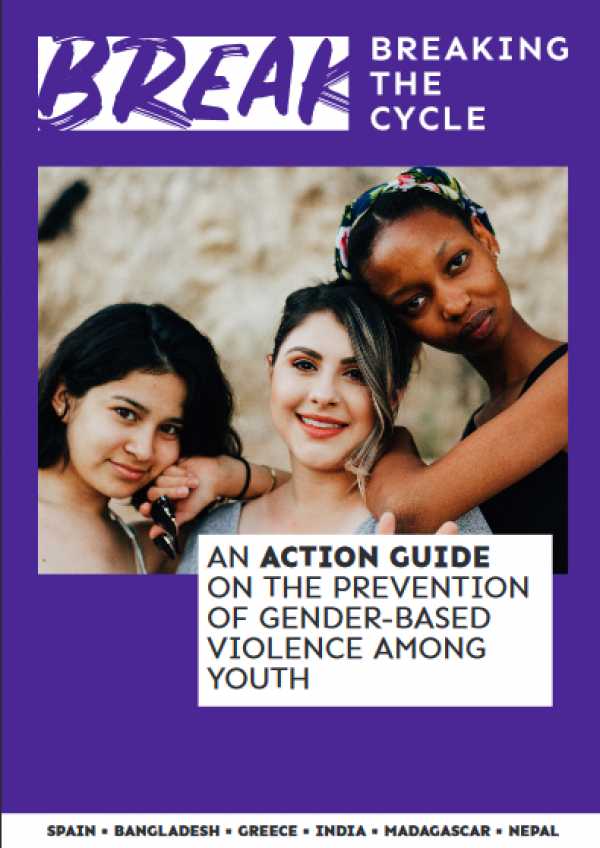 ChildHub
Admin
Launched in 2017, Breaking the Cycle is a project that aims at building capacity in the field of youth, increasing the capacity of organizations working in the area of gender-based violence (GBV) by responding to the need for specific, innovative…
0
English
Practicing Tdh Gender & Diversity Policy and Gender Justice programming at Tdh – Introduction Webinar 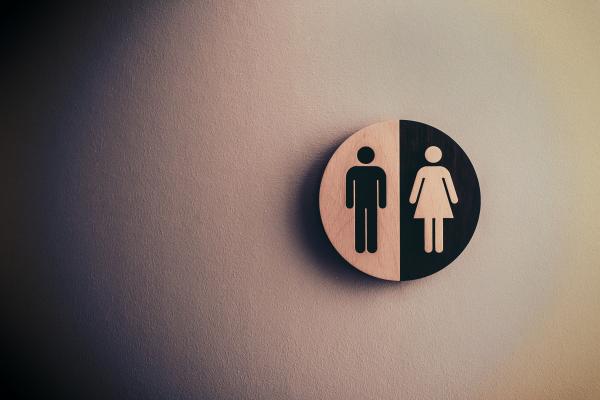 Katarina
Sladakovic
About the webinar: Having acknowledged the importance of gender as a cross-cutting issue in its Vision 2030, Tdh adopted in 2018 a Gender & Diversity Policy to ensure its contribution to overcoming existing biases, prejudices, discrimination,…
0
4
English
Ensuring MHPSS for Gender-based Violence Survivors and Those at Risk: A Responsibility for Everyone in the Humanitarian Community

Katarina
Sladakovic
About the webinar: MHPSS network is organizing a webinar on integrating Gender-based violence interventons in humanitarian settings. Jeanne Ward and Jessica Izquierdo will be presenting the newly revised Guidelines for Integrating Gender-based …
0
2
English Srb-hrv-bih
Manual for Engaging Young Men and Boys in Emergencies 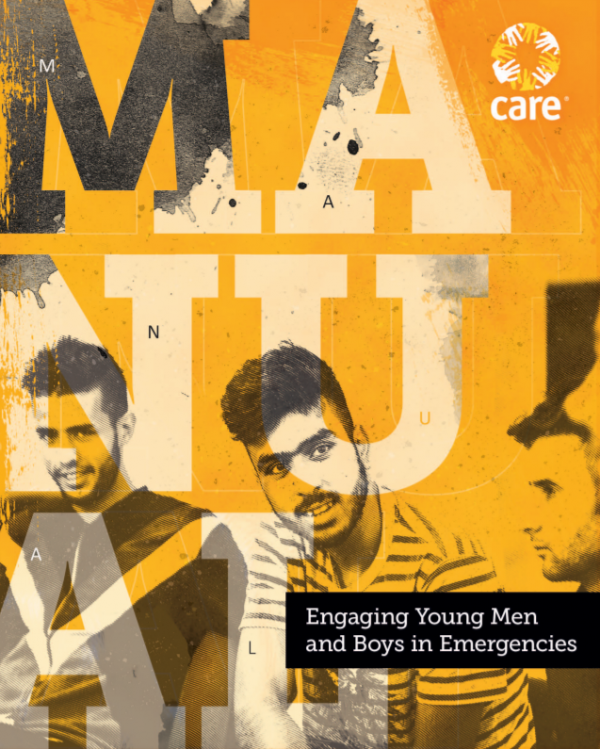 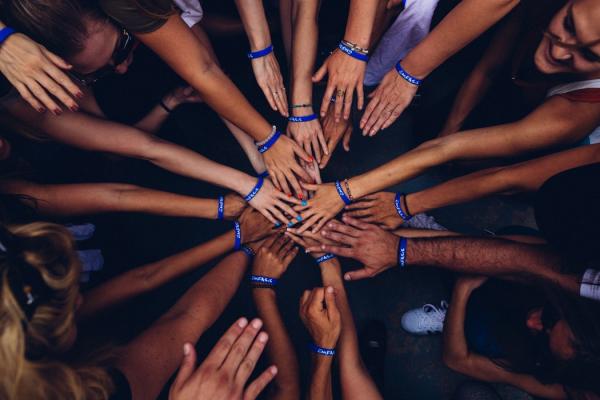 Vesna
Katalinic
About the webinar This webinar is organized as part of the BRIDGE project - "Building Relationships through Innovative Development of Gender-Based Violence Awareness in Europe”, regional project implemented under the lead of Terre des hommes…
yes
0
4
English
PROTECT - Preventing sexual and gender-based violence against migrants and strengthening support to victims (BRIDGE and ChildHub webinar)

Vesna
Katalinic
This webinar is being organized as part of the regional project "Building Relationships through Innovative Development of Gender-Based Violence Awareness in Europe - BRIDGE" which has the aim to strengthen the statutory response to gender-based…
0
3
English Română
Prevention and fight against female genital mutilation: an inspiring experience from Belgium (Childhub webinar) 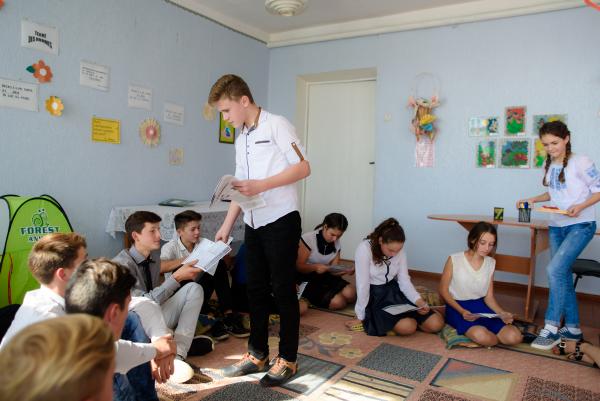 Katarina
Sladakovic
Stereotypes are present in all spheres of modern life. Often we are so used to them, that we do not even consider them as stereotypes, including statements  that only girls wear pink for example, or that men don`t cry, and those who do are not "real…
0
English
Challenging Evaluation Norms: Photovoice, Sensemaker® and Assessing Social Norms Change Interventions

Katarina
Sladakovic
About the webinar: CPC Learning Network and LINEA are hosting a webinar to share about how the evaluation of CARE’s Tipping Point project applied Sensemaker® and Photovoice to identify changes in social norms about adolescent girls in Nepal and…